Reduced rabbit populations since the introduction of the Calici virus are a factor in the recovery of the Crest-tailed Mulgara. Thought to be extinct in NSW, Mulgara have been found in Sturt National Park. Reductions in rabbit populations have been linked with increased ground cover, benefiting the species. For more information, see the University of […]

Wild rabbits exposed to Myxomatosis are more susceptible to RHDV (Calici virus), compared to rabbits without prior exposure. That is the conclusion of researchers looking at eighteen years of data from a continuously monitored site at Turretfield, South Australia. Dr Louise Barnett from Flinders University presented the findings at a recent annual general meeting of […]

The K5 strain of RHDV1 reduced wild rabbit numbers by 80% in the Lincoln National Park on SA’s Eyre Peninsula. For more information, see the article in the Port Lincoln Times. Photo from: Natural Resources EP

Concerted efforts at rabbit control by the Trust for Nature on their Ned’s Corner property are paying off. The Trust purchased the property west of Mildura fifteen years ago and has been targeting rabbits with a variety of control measures, including spreading RHDV-K5. Land that was once eroded by rabbits is now regenerating – more […] 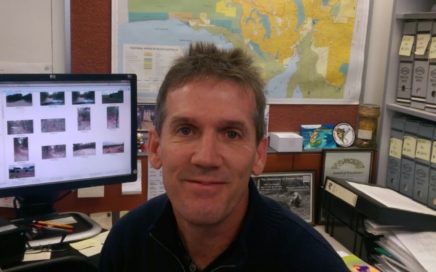 The spread of the Calici virus (RHDV) has been cited as a contributor to the recovery of the native Plains Mouse (pseudomys australis). Katherine Tuft, Manager of Arid Recovery (a conservation reserve in outback SA), has reported high numbers of the native mice. “We think that a combination of good rainy years and the knockdown […]

The release of RHDV1-K5 across Australia has been hailed an early success, with wild rabbit deaths due to the virus now confirmed in all mainland States. Researchers are now waiting to see how effectively the virus is spread by natural vectors like flies, and if the immediate success will translate into dramatic drops in rabbit numbers, before calling the release ‘truly […]

Feral rabbits are beginning to die from RHDV1-K5 in Victoria, following the release of the virus at trial sites. Rabbits with the K5 calici strain have been detected near release sites at Tanybryn and Kaniva. For more information see the ABC News Report.