Blowflies are looking increasingly promising as an additional way to monitor the extent of calicivirus across Australia.

A team led by Robyn Hall (CSIRO) have published the findings of research comparing the detection of RHDV in samples from flies with samples from dead rabbits, concluding that there was a good correlation between the two techniques; although the sensitivity of the analysis required further validation. Further work over a wider scale is now underway to do just that.

This work follows research that confirmed flies were vectors in the transmission of RHDV, and an early exploration of techniques to extract viral RNA from flies for analysis, that was supported by Rabbit-Free Australia.

The development of a successful technique using flies in monitoring the spread of calicivirus will provide a richer understanding of when and where the virus is active, and how different strains are interacting. 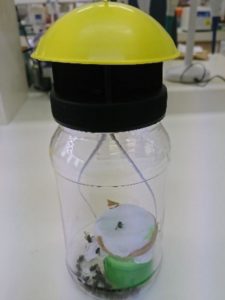