The release of RHDV1-K5 across Australia has been hailed an early success, with wild rabbit deaths due to the virus now confirmed in all mainland States. Researchers are now waiting to see how effectively the virus is spread by natural vectors like flies, and if the immediate success will translate into dramatic drops in rabbit numbers, before calling the release ‘truly successful’.

Landholders are urged to monitor rabbit deaths and provide samples for testing, using the Feral Scan app, so the spread of K5 may be understood.

For more information see the ABC News reports on K5 confirmations and feedback from landholders. 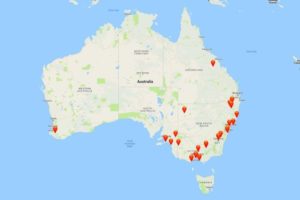